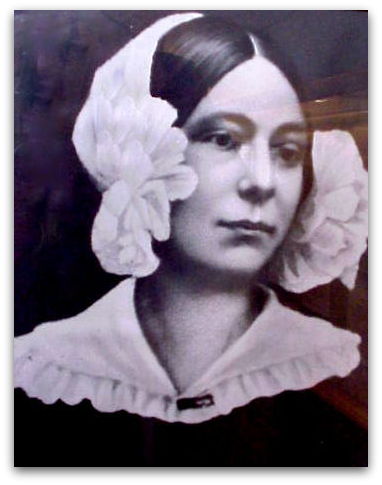 How it all began

But before we hear how the story ends we must have the beginning.
During his journey in Funen, on those August days shortly before meeting Riborg, he had been studying churches and church art. In St Nicholas Church in Svendborg, for instance, he had seen a painting that he describes in his diary under August 5. It was painted by a clergyman and depicts a clergyman and his wife with their many children. Besides the living children, he had also painted the family’s three dead babies; an odd feature, like the other that all the children are good-looking except one of the boys. The ugly boy, however, had been painted holding arose, ” as if to give him with that at least something beautiful,” he says of the picture in his novel Only a Fiddler. The boy with the rose is the image of the boy violinist Christian. What the rose is for the boy in the painting, the violin is meant to be for the poor boy in the novel.

‘Give me a bride! My blood wants love, as my heart does’