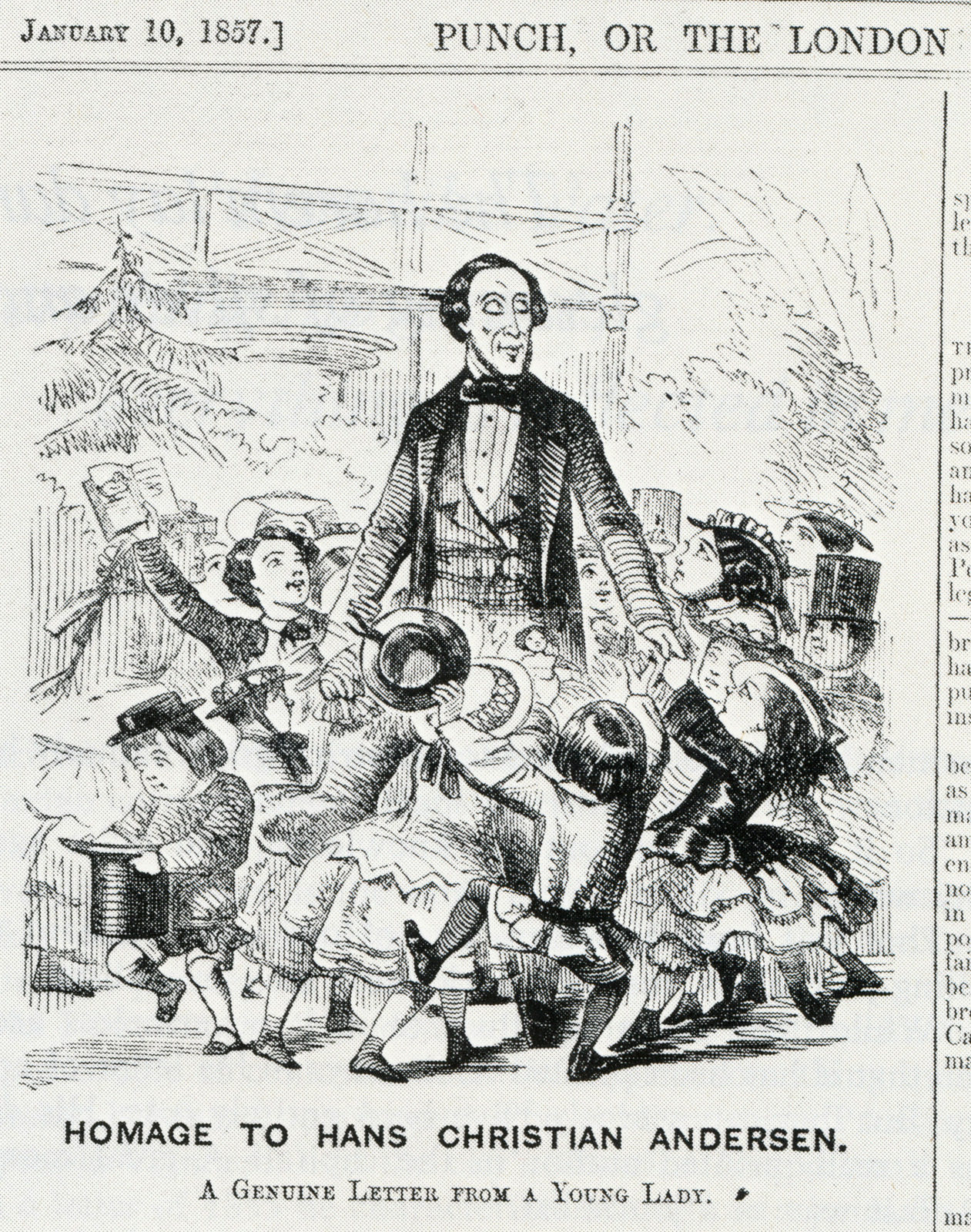 Cartoon from Punch, 1857. Homage to Hans Christian Andersen, A genuine letter from a young lady.

,Not to be printed’

It is more interesting to note that at the pinnacle of his fame he refuses to submit to being used as in the early days. He wrote many letters to friends, also when he went abroad, planning a travel book. But he would occasionally head them: ‘Not to be printed! ,
It was not always effective. So we can see one letter as a piece of first-class reporting. It is partly an account of a flood in Barcelona. The following quotation will reveal him as an unsurpassable journalist; and one can appreciate his annoyance at seeing it used in a newspaper he had no wish to write for.
‘Streams and rivers from the mountains had burst all the dams, swept away the railway, transformed the road into a river which surged with such tremendous speed into the city itself that it carried heavily loaded vehicles with it; the water rose in an instant to the windows on the ground floors, and shop signs, beams, melons and torn-up cactuses drifted about everywhere. The smaller streets looked like rushing millstreams. I saw a woman carried off by the current; three men went in up to their knees and got her out half-dead. The priests in church saying mass stood up to their waist at the altar.’
Here again is the journalist who succeeds in presenting the whole through the detail; the melons, the woman and the priest bring us close up.
He also wrote from Portugal for the press, this time of his own free will. Here is a brief glimpse:

, …the higher we got, the richer the vegetation got. Here grew in plenty a sort of thorn-less pink rose, a profusion of heather, a wealth of unfamiliar flowers and strongly scented foliage. But road and path vanished completely, the stones rolled before the donkey’s feet; the ascent was difficult, , His style comes like sunshine , or like the crack of a whip!’ always led and urged on by Carlos, who several times was about to fall, and who kept on jabbing the barrel of his gun into my face. ” Is it loaded ?” I asked. “Yes,” he replied.