Chocolate with the Queen

In the longest period of his travelling life he bore himself like a prince among princes. A snatch of a letter will perhaps show what he felt of his fame (after the Bible, his books are the most widely read and translated in the world) when he compared himself as the fourteen-year-old Clodpoll from the lowest proletariat in the provincial town of Odense with now:
‘Twenty-five years ago I arrived with my little parcel in Copenhagen, a poor unknown boy; and today I have taken chocolate with the Queen, sitting at the royal table right opposite her and the King.’
Note the ‘little parcel’. Here we have his prodigious ability to see a detail and make it important.
We are dealing here with a travelling journalist. A figure of the same nineteenth century which fostered the great American and British travellers or the heroes of Jules Verne. A foreign correspondent! Hans Christian Andersen was that, too. 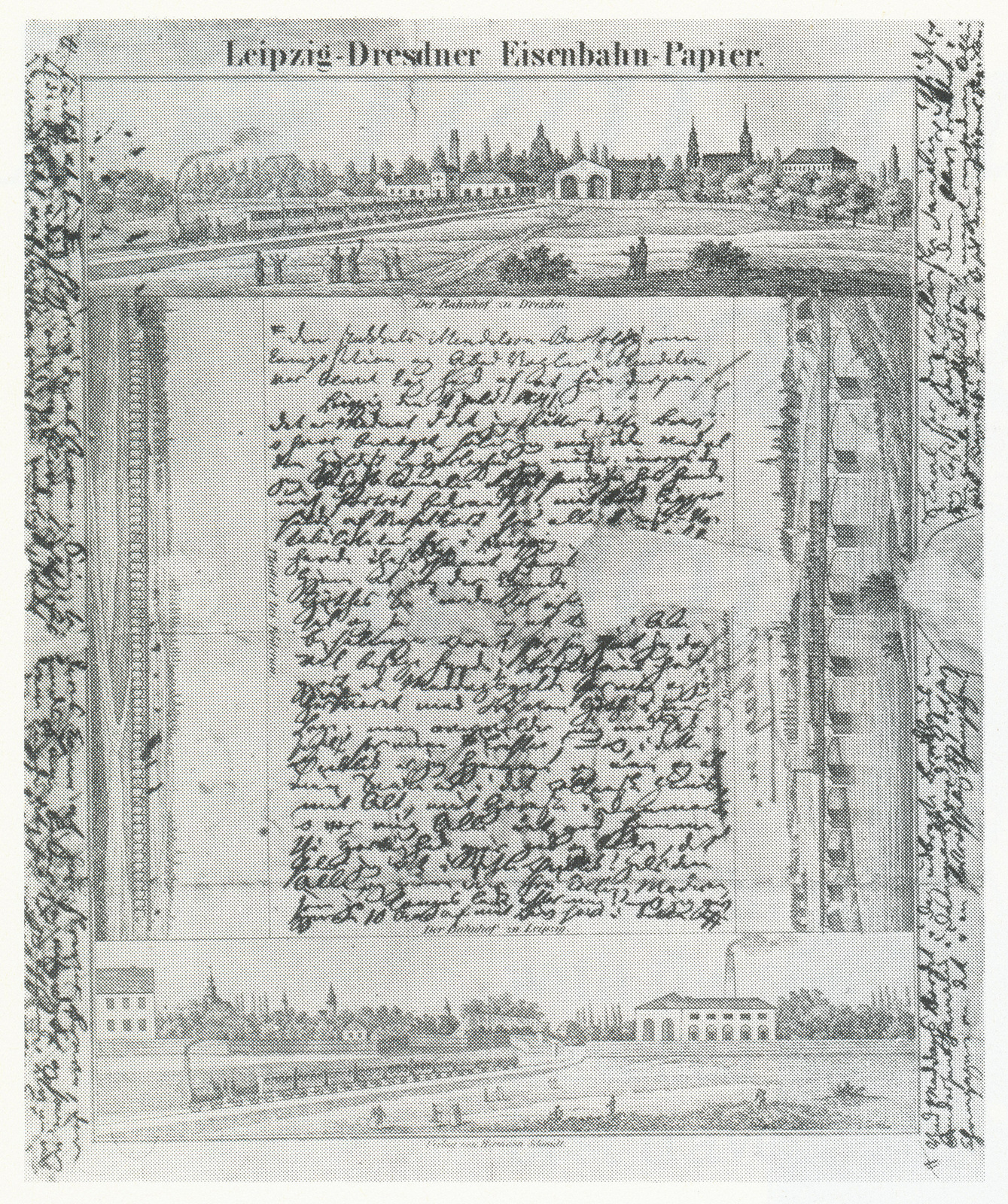 A letter from Hans Christian Andersen, written on notepaper of the Leipzig-Dresden Railway Company.

” I an like water: everything moves me, everything is reflected in me'”

Everywhere there is the same ability to fix an impression quickly and concisely. Here is a passage from the account of his first journey in Sweden: ‘Did I not imagine Sweden half-barbarian, and Stockholm a city a couple of centuries back! Well, it is something quite different; it beats Copenhagen! The soldiers seem Prussian, the people Viennese, and the city’s situation Neapolitan!’

In a letter of 1855 he characterizes himself as a journalist: ‘I am like water: everything moves me, everything is reflected in me.