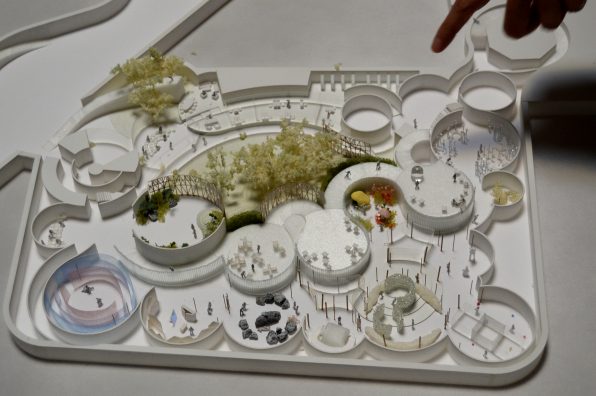 Model of the new Hans Christian Andersen Museum in Odense

The new Hans Christian Andersen Museum to become a reality

With a unique donation of DKK 225 million from A.P. Møller Foundation, along with donation from Augustinus Fonden and Odense Municipality, the required financial basis has been created for realising this fairytale projekt.

The Japanese firm of architects Kengo Kuma & Associates has beeb chosen to shape the fairytale in cooperation with The British company Event Communications, which will be responsible for the development of the exhibitions, while Kengo Kuma has gained star status as an architect via a large number of projekts that are striking an yet underplayed at one and the same time. Apart from the new Hans Christian Andersen Museum, the firm Kengo Kuma & Associates ates is, among other things to creater the new Olympic Stadium in Tokyo for the Olympic Games i 2020.