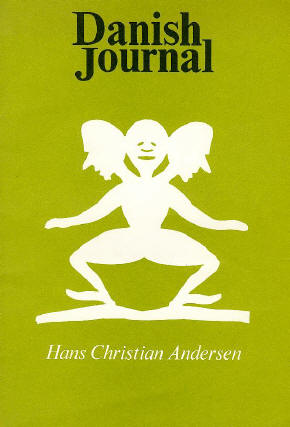 The setting chosen for this museum was the humble halftimbered cottage in the poor quarter of the city that was traditionally the house where he was born. In restoring it, an endeavour was made to reproduce the outward appearance of the cottage as it was in about 1805, and was still in 1868, when it was illustrated in a lithograph.

The idea of the museum from the start was that it should illustrate the theme of Andersen’s life and work.

Its collections would serve as a kind of illustration to his autobiography, The Fairy Tale of My Life. At that time, thirty years after Andersen’s death, many of his belongings still existed. They were owned by families that had had close contact with him, and they made many and important contributions to the new museum’s collections. This applies especially to the Collin and Melchior families, with whom Andersen found the ‘home’ he had lacked.Through collections of the author’s personal effects, his letters and manuscripts, editions of his works, pictures of himself and his circle, the museum was enabled from the very start to illustrate his life’s history in broad outline and so give expression to the museum’s idea. Subsequent acquisitions have made it possible to elaborate and fill in the picture. Prominent among these is the original manuscript of The Fairy Tale of My Life, of 1855.The museum was given the name H. C. Andersens Hus. It thus took its place alongside similar authors’ museums in Britain and Germany. Like these, H. C. Andersens Hus had been given the task of establishing and developing a library and archives besides the actual museum work.The growth of the collections and the threefold function very soon burst the seams of the little half-timbered cottage.

In 1930, the 125th anniversary of Andersen’s birth, a large extension took place. New buildings erected adjacent to the existing museum relieved the space problem, at any rate for some years, and at the same time tbe museum was given a valuable artistic decoration.In eight large frescoes with themes from The Fairy Tale of My Life, Niels Larsen Stevns illustrated the main events in Andersen’s life. Architecturally, the museum buildings of 1930 were anything but happy. In their dimensions and monumental design they stood out starkly from the surroundings, which were and are – dominated by small, lower-class houses. When the museum planned its second extension about 1970 it was decided, therefore, to combine this with a reconstruction of the 1930 buildings. By preserving the half-timbered cottage, and the domed hall containing Larsen Stevns’s frescoes, the museum will change character both outside and inside. In the new as well as the reconstructed buildings an endeavour will be made to integrate the museum into the neighbourhood.

The walls of the Hall are decorated with light large frescoes by Niels Larsen Stevns depicting scenes from the life of Hans Christian Andersen.And within this framework, altered and extended, the museum will seek to discharge its tasks in a more up-to-date manner.The prime object of the museum will remain that of ‘retelling’ the story of Andersen’s life, and The Fairy Tale of My Life will continue to serve as a guide through the collections.But an effort will be made by means of audio-visual and other aids to bring the public into still closer contact with the subject of Andersen’s life and work than has been done hitherto by the display alone; and through special exhibitions, lectures and so on the museum’s chief aim will be elaborated and related to a larger context.The year 1975, the centenary of the author’s death, will be the year when the museum and its visitors will take possession of the extension. The reconstruction of the older buildings will follow immediately after.The author: Niels Oxenvad, M. A., b. 1928. Superintendent of the Museums of the City of Odense 1959, appointed Museum Director in 1964. Lecturer at the University of Odense 1969-70. Since 1964 member of the board of directors of the Hans Christian Andersen Society. Editor, since 1964, of Anderseniana.